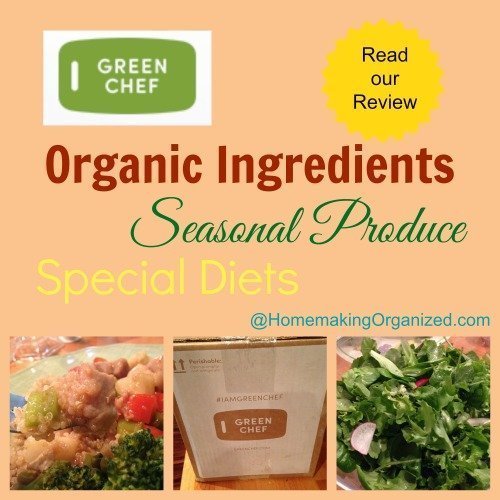 We've always wanted to try one of those meal kit delivery services. 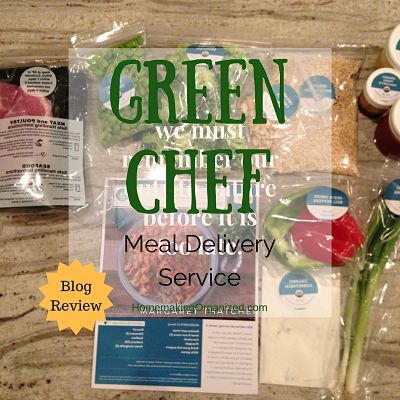 The concept intrigues us. We like our food but I won't go as far as calling us foodies.  There is plenty we don't know and plenty we would love to learn about cooking and serving good meals.

Our questions about such a service…

The goal at Homemaking Organized is to find not only systems but products that help make homelife easier.

I've seen ads for different meal delivery services and even regularly received coupons on the mail for a few. But we always held back. Does it fit into our budget? Is the food any good? What about my allergy (soy).

But I had never heard of  Green Chef until #MomsMeet.

We were pretty excited to try out Green Chef Meal Kit Delivery service through #MomsMeet ! 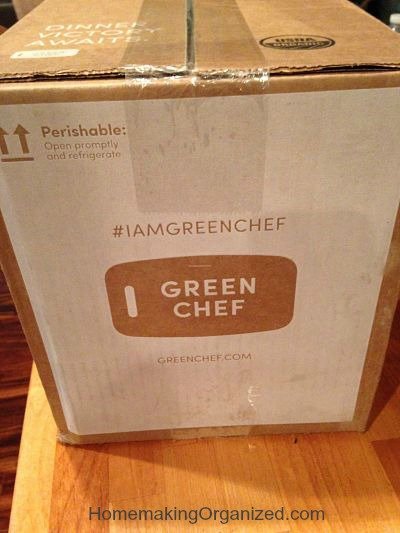 Green Chef Delivery is a USDA certified Organic Meal Kit Delivery service. They ship their recipes with premeasured and prepped ingredients (most of them). And also include homemade sauces and marinades.
The kits use fresh seasonal and local ingredients and chef crafted recipes.
There two categories and then several diet specifications to choose from. Unfortunately soy wasn't one of them but I know how to work around that.
The 2 person plan contains 3 dinners a week for 2 people and you can choose from…

The Family Plan is for 4 people and supplies 2 dinners a week.

The Family Plan has Omnivore and Carnivore selections.

We chose the Carnivore Selection.

The cost of the Carnivore Plan is $12.99 per person (not including shipping and handling) so that would amount to $103.92 per week for our family for 2 meals.

How Did We Use Green Chef?

Well since we were doing a review and not signing up for the service our notification of when meals were arriving and some online access to recipes were not part of our set up.

I understand that as a regular customer you will have access to that information so that's good to know. 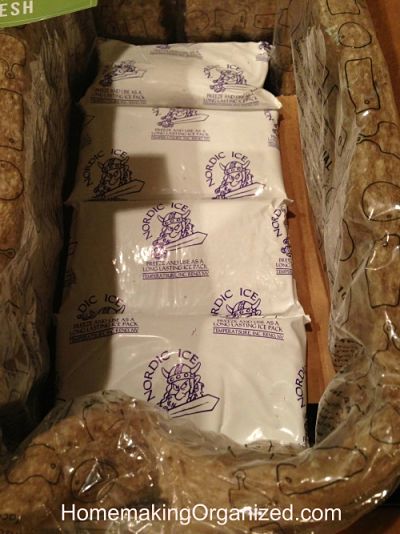 I did get a heads up from #MomsMeet that our delivery was on the way. That was kind of vague but the next few days I kept a look out. Our package happened to arrive on a Friday while we were out. It was sitting on our front porch but I had nothing to worry about. The GreenChef food was packaged very well and the meat in cold packs. If it were summer I would have been worried but thankfully it was still nice and freezing temperatures around here.

My weekends are very busy around here so, as a family, we decided to try the new recipes starting the next Monday. When it comes to food in this house everyone gets to chime in.

I was a bit worried about some of the produce and sure enough I had to go buy some fresh baby kale. The kale package in the GreenChef box was fresh when it arrived but 2 days later it was a watery mess that I had no intentions of serving to my family. This is the nature of kale so I don't blame the GreenChef.

For one of the recipes the carrot and celery diced mix looked a little worse of the wear but I made a final decision to use it after checking it out closely. The celery was not as vibrant green because some of the carrot juice had discolored it. We're still living several weeks later so good call.

I have a soy allergy and one of our recipes did have several soy ingredients in it. I like that GreenChef lists what allergens are in the recipe on the recipe card. Since I'm an old hat at making do I substituted some of my own recipes for the soy ones. I'll tell you about that in a bit.

When it came time to cook we actually started on Tuesday instead of Monday night. We also decided to start with the Sweet and Sour Pork (link to my recipe at the bottom of this post).

I love that the Green Chef recipes were really step by step with pictures for each step. It was like a mini cooking lesson. Yes I would have liked access to the actual recipes but you will get that with a subscription.

Since this was a soy-full (what I call it) recipe I made my substitutions first (included in my recipe link below).

I followed the directions to the letter as far as cooking and it all came together perfectly.

The meal is really a meal. There were the side dishes of quinoa and a broccoli salad to accompany the Sweet and Sour Pork. Since the real broccoli salad was made with edamame (soy) I used peas instead. Next time I need to use fresh or frozen peas because the color wasn't as vibrant. Yeah next time because I liked the salad and plan to repeat.

The recipe was delicious and I'll be making this again. It was just right amount for 3 people with a very tiny bit of leftovers. It's supposed to be for a family of 4 but I think we are big eaters. 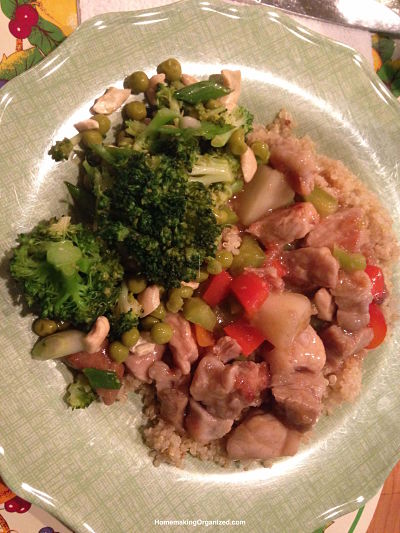 Next up, on Wednesday, I went for the Chicken Cassoulet (link to my recipe at the bottom of this post). This was an easier version of what is a very long slow cooking French dish. I actually make it the semi-slow way all the time so I was curious to see how a much faster version went.

This recipe also included the side dish of the baby kale and radish salad. As I mentioned before the kale went bad in a couple of days so I ended up buying some new.

I again followed directions to the letter…that is until my husband came in the kitchen and engaged me in a deep conversation. This was right when I was browning the bread crumbs in the broiler at the end. So yeah I burned the top. It was still delicious though. This was another keeper dish.  It did not list soy as an allergen so I went with it on everything but chickened out on the salad dressing. I used my own while the family used the included Honey-Dijon balsamic vinaigrette. 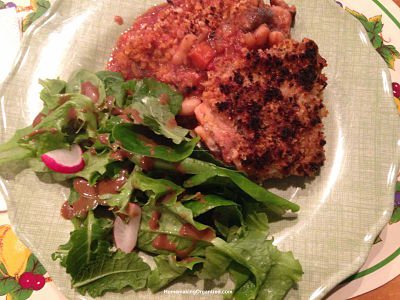 My Thoughts on Green Chef

I loved being able to try Green Chef meal delivery service. It's something I've been wanting to do for some time but we were on the fence as to who to try and did we want to spend for it. I had never even heard of Green Chef.

After the meals my husband and I sat down to figure out what kind of family or individual a meal delivery service would be good for.

As a regular addition to our cooking plans this probably would not work for our family. The Carnivore plan for our family is our complete weekly food budget but that would only supply two dinner meals.

We did agree that for special occasions or to treat ourselves to a meal we didn't have to think too much about and to impress our friends (just kidding) this would be nice occasionally.

But what if your family were larger than 4? I didn't see an option for adding on so I don't know how that would work. Most of our friends have larger families than we do.

If we were just a couple with no children I could see us partaking of this more often. Especially when we had friends over.

The recipes weren't too fancy. But they were good and tasty.

No waste: There were no ingredients left over and the meal was just enough for the family so there was no tupperware to dig out. I did like that.

You're In Charge: If you're on top of things you can have a Green Chef delivery when you need it. Skip a meal if you don't like it or cancel the service if you've had enough.

Preview the Recipes: You get to see which recipes are on the ticket for the week so you can decide whether or not you want them.

Large Delivery Area: They currently ship to most states in the Union. Only Alaska, Hawaii, and parts of Louisiana are no go's.

You have to make dishes that night or within 2 days at least to keep things fresh. I guess if you know the box is coming that's okay

I'm really glad we got to try Green Chef Meal Delivery Service. We enjoyed the food and the recipes were simple and easy to follow. While it wouldn't fit into our budget as a constant weekly thing. And as far as making mealtime quicker….well yes and no. The recipes themselves lead to meals being quicker. And having everything already cut up for you is great. But you could do the same on your own and maybe only add a few minutes for prep of ingredients.

That being said I definitely would love to try it again in the future.

Would you like to try these recipes? I have my version of both of these recipes linked up below. Get all your ingredients together first and you have a quick meal.

All blog posts must include this disclaimer:I received this product for free from Moms Meet , May Media Group LLC, who received it directly from the manufacturer. As a Moms Meet blogger, I agree to use this product and post my honest opinion on my blog. The opinions posted are my own 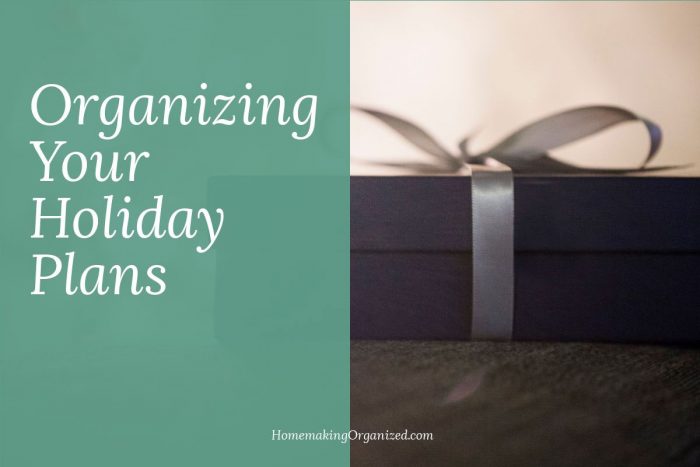 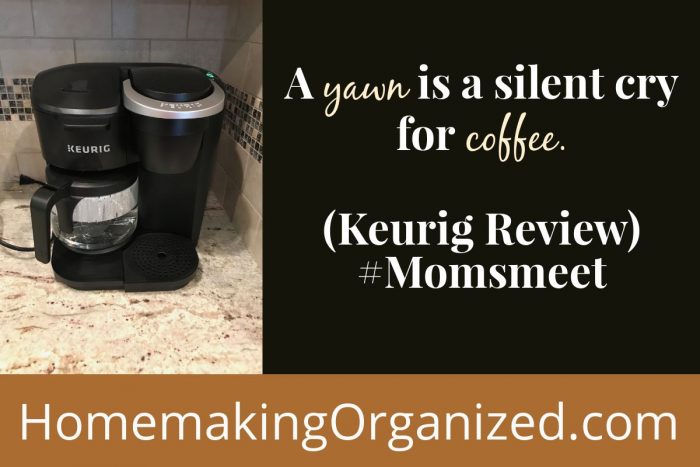 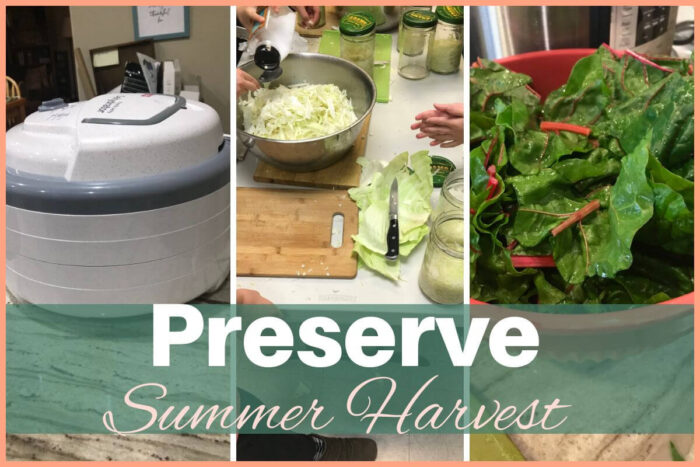 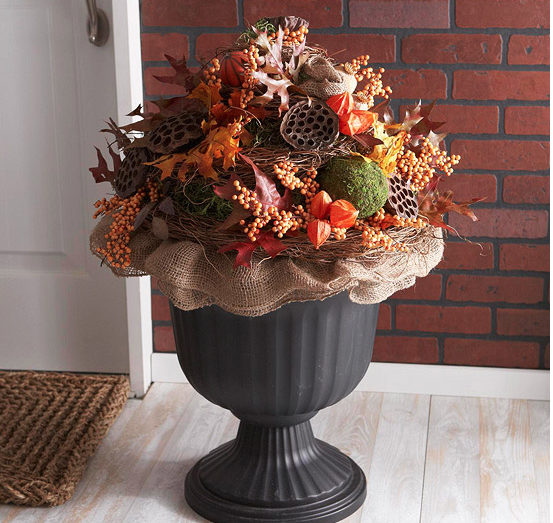