Did you ever wonder more about Almanzo Wilder, of Little House on the Prairie? I mean how he got his start and what his own back story was.

Well in a recent review we did we were able learn more about Almanzo Wilder's story in the documentary video Almanzo Wilder: Life Before Laura DVD by Legacy Documetaries.

The Life Before Laura DVD is a documentary detailing the life of a young Almanzo Wilder before he met Laura Ingalls who was to become his wife. The video, which is introduced and partly narrated by Dean Butler, is 41 minutes long and includes original footage, re-creations, and more on the early life of Almanzo wilder.

Life Before Laura starts with Dean Butler, who is the executive producer of the video, introducing the video and his own connection to it.  Dean explains his own connection with Almanzo and why he (Almanzo) is important to lovers of the Little House on the Prairie books.

The documentary starts with a narration of the beginning of Farmer Boy, the book Laura eventually wrote that details Almanzo's early life.

We are introduced to Almanzo's family through vintage pictures, maps and vintage footage. We learn of his heritage, how the Wilder family immigrated from England to become farmers, and about the farm in upstate New York where they finally settled.

Dean then goes on to describe the siblings of the Wilder family and what kinds of stories can be found in the pages of Farmer Boy, following with a short narration of the beginning of Farmer Boy.

Backed by vintage photographs Dean explains to viewers the time period of the 1850's that Almanzo's story takes place in. The innocence of America and how the modern conveniences we hold dear today were not even thought of back then.

Descriptions of schools of the time and memorable depictions of Almanzo's school days from Farmer Boy follow backed by the art work found in the pages of Farmer Boy.

Historian William Anderson (who could be my dentist's twin brother)  depicts for us life back in the day, and gives us more insight into Almanzo's childhood and the values people had back then.

Dean goes on to describe Almanzo's upbringing and how his parents instilled in him the value of hard work, morals, family life.

We are treated to reenactments of Almanzo working with his father. Almanzo caring for horses. And Almanzo getting into a tiff  with big sister Eliza Jane. All stories from Farmer Boy.

There is also have an introduction of the meeting of Laura and Alamanzo and also their courtship and marriage.

We learn of Almanzo's great love for horses and from Karen Lassell how important horses were back then and why Almanzo's father may have been so strict with him in the handling of their horses.

Most interesting, for my husband, was the descriptions of food in Farmer Boy. Apparently while Laura's family struggled to make ends meet and put food on the table during her childhood Almanzo's was the opposite and Laura described the sumptuous meals in much detail in Farmer Boy.

There is much more in this 41 minute video of Almanzo Wilder's childhood life and you won't be bored.

Most people are more familiar with the Almanzo Wilder of the Little House on the Prairie television show than they are with real life Almanzo of the books written by his wife Laura Ingalls Wilder. But there is so much more to his childhood story and it is every bit as captivating as Laura's own childhood.

It is extra nice is that this DVD is produced by Dean Butler who played Almanzo Wilder in the popular TV show Little House on the Prairie. And that playing that part set him on a course to become to help preserve the history of the Wilder family.
As a family we really enjoyed watching this video. My husband, myself, and our daughter all  sat down and watched this video together. In fact we have watched it a few times and enjoyed it thoroughly each time.  My daughter holds a special fondness, as do I, for “the olden days” and watching this video has turned the tide of her private time reading to stories depicting prairie life. I'm having a hard time keeping her in books.

In the homeschooling arena I think  Life Before Laura is great for visual and auditory learners and would make a great addition to your Little House on the Prairie Unit Study.

The video is shot on location at the Wilder Homestead and sells for $21.95 not including shipping and handling.

If you just can't get enough of Little House on the Prairie then you will want this DVD in your home collection.

And just in case you were wondering yes there is a DVD on Laura also. It sells for $24.95

Little House on the Prairie: The Legacy of Laura Ingalls Wilder – DVD 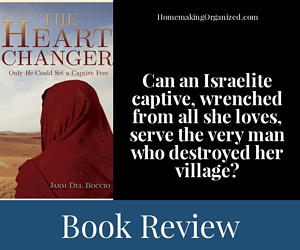 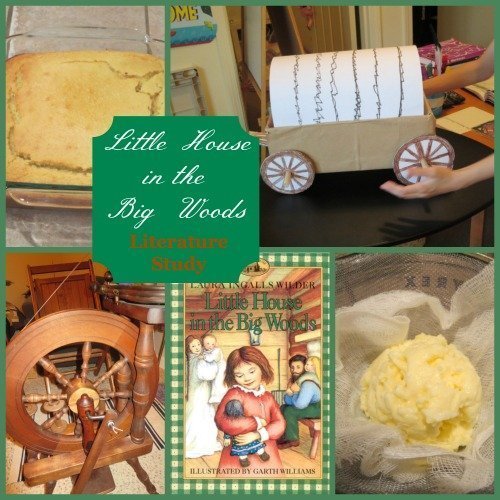