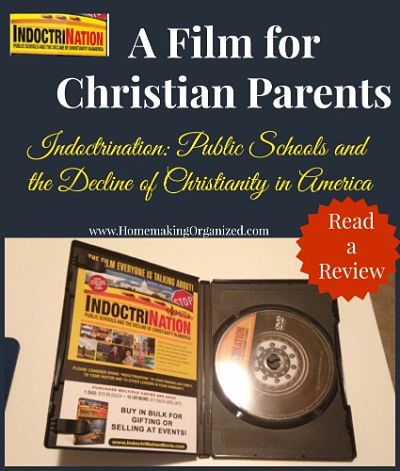 Are you on the fence about whether to send your child to public school or homeschool next year? As a Christian parent during trying times don't send your child on the yellow bus until you watch IndoctriNation, a film from Great Commission Films.

We got a chance to review IndoctriNation for the OldSchoolhouse Review Crew and got an eye opening report on why the push to send your child on the yellow bus and why you hopefully will NOT give in.

About Indoctrination the Film

Running 102 minutes Indoctrination takes an indepth look into the American Public Education system and what it means for Christian children. Indoctrination is eye opening, shocking, sad, and convicting.

The footage is filmed as Colin Gunn, a homeschool father of five who hails from Scotland travels with his family from Texas through the rest of the country in an old yellow schoolbus exploring the concept and the creation of the public schools.

Along the way Colin interviews with teachers, administrators, students, professors, pastors, and more on the subject of public schools in the United States.

Parents may be vaguely aware of the various, controversial topics regarding public schools in America that Colin uncovers through his travels and interviews but nevertheless it is still disturbing to hear what your child may be subjected to on a daily basis behind those doors.

The shootings, the bullying, and even child predator teachers are topics that show up on the local news for all to hear but what about the things contrary to Biblical teaching? These are the things Indoctrination hopes to make you aware of.

Indoctrination starts off with this hot topic of public education. Colin shows a few clips from Baptist pastors and also from Baptist conferences where various individuals state their stance on Christian children in the public schools. Note: Not everyone is for an exodus from the public schools.
“Should we protect our children by withdrawing them from the  public schools? Or should we leave them in the system to try to influence the schools for the better?” ~ Colin Gunn

As a result of his own bad experience in the public schools, and that of his wife Colin is looking for a better way for his children. But first he wants to find out what went wrong with the public school.

Why is there such an excess of drugs, alcohol, promiscuity, and more.

In addition to presenting the history of the creation and the evolution of the public schools Colin interviews a Christian school principal and a teacher who are both struggling with being salt and light in their respective schools. I think Sarah, the school teacher, says it best when she says since the schools are teaching things contrary to the Bible the students are getting the message that what is being taught at home is of no revelance. Later on in the film Sarah comes to a crossroads.

From retired teachers to those who have been fired for expressing their Christian faith to the systematic removal of the Bible from the the public schools Colin has put together a film every Christian parent needs to see.

There is the argument that if Christian children are pulled form the public schools then who will be there to witness to the unsaved? To be salt and light. But excerpts from this film show why instead of being a witness your children may instead e a victim.

“Ask God to help you know how your child is to be educated.” ~Erwin Lutzer Ph.D

Isn't that the first thing Christian parents should do? Ask God concerning your child's education.

If someone told you homeschooling was easy they are not telling the whole truth. Go into homeschooling knowing there will be days you will doubt yourself, your child, your abilities, and your chosen curriculum. When your child hits the high school years you will be so tempted to drop everything and send them to public school. But before you make that decision watch this video.

Almost every homeschooling parent will confess to staring longingly at the yellow bus carrying off other children to public school. Why not? Who wouldn't cherish a day off from teaching? As a Christian God never promises you that life will be a piece of cake but that He will carry you through it.

In the end of the video Colin destroys the yellow bus, a physical act to represent destroying something that is “driving” your child away from Christ.

There is also content warning at the beginning of the video stressing that there may be some content not appropriate for young children.

What Did I Think of Indoctrination?

I can't say I “enjoyed” this film as that is the wrong term to use about such a thought provoking work. I'm glad I saw it and I'm happy to have it in my collection to share with friends and family.  I did not watch this film with my child.

This is a MUST SEE for every Christian parent. Yes there will be opposition and criticism. That's to be expected. You can never force someone to see your way but everyone is accountable for what they know.

As a child of the public school system I know that in my time period public schools were already bad enough. My single mother prayed hard for us daily and I remember the tears and the struggle she went through to keep me on the straight and narrow. I don't think she knew even then what she was fighting against and I being young, impressionable, and wanting to fit in was clueless. But I do know what I was bombarded with daily and that was 30 years ago! I shudder to think of my precious daughter going through that and probably worse.

After viewing this film, when someone asks you why you homeschool, tell them to have a seat because it will take a while to list all the reasons you school your children at home.

Who Would I Recommend This Video To?

This video is a cry to Christian parents.  If a Christian Principal and  Christian Teacher felt they were ineffective at being salt and light in their public schools how much more effective is a young child who is there in the position to be taught?
Who is this film for? In my opinion this video is only for Christian parents who are at a crossroads as to whether to homeschool their children or send them to public school. The doubters will need to double check facts and data but that, in my opinion, will only prove to solidify the argument that your children are learning much more than their ABCs in the public schools and I don't mean that in a good way.

You can purchase your own copy of the DVD at the Great Commission Films website here. 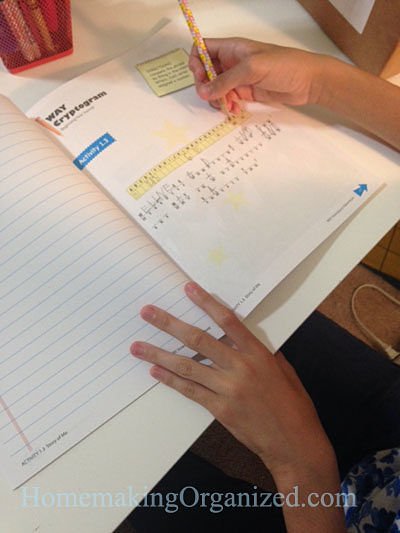 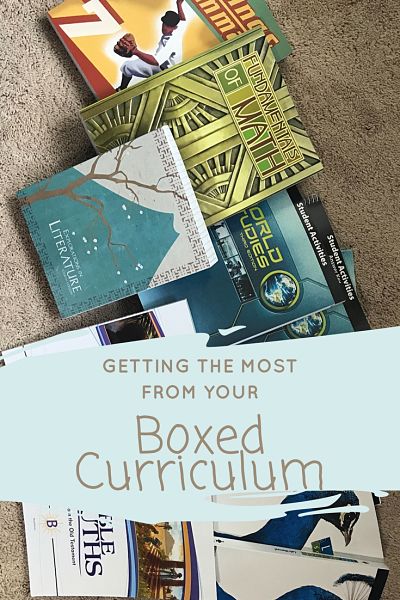