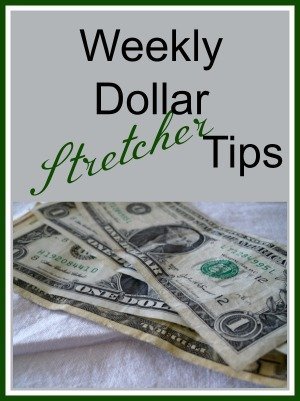 If you like a clean kitchen, keep a bowl filled with water and dish soap next to your sink. You can easily dip a sponge and clean a dish or two or wipe a counter clean.
Kelly

I read an article where a woman that had been married for a year decided to allow other women to wear her dress for their wedding. They would take it to the cleaners and then give it back to the original owner. The dress would get passed on to another woman and so forth. The original owner was so happy to put her beautiful dress to good use and other women were happy to wear it and pay nothing for it.
T.

Did you know that your power of attorney dies when you do? I used a legal document service to draw up a power of attorney, giving my sister power over my affairs. I figured she'd be able to access my saving account and safe box and handle things if I died. A friend who works for a lawyer told me that wasn't true. When a person dies, the power is no longer valid. I guess I need to come up with a new plan!
Robert

Most of us don't think about the water heater until it quits working or starts leaking. There's a way to extend its life that's easy and cheap. Replace the sacrificial anode. You can buy a replacement for about $20 online or at your local plumbing supply store. YouTube videos will show you how to do the replacement. Anyone can do it without any specialized tools. Wouldn't you rather replace the anode instead of the water heater?
Chuck

My dad warned us that we were headed for trouble. He told us that we needed to cut spending to the bone until we managed to increase our income. But, we didn't want to cut anything. I couldn't imagine living without Netflix or my new car. Three years later, we found out that Dad was right. Our credit cards were maxed and we had no choice. I wish that we had done it earlier. Instead of being a one-car family, we could have kept two older cars. My advice to anyone who is spending more than they're making is to stop now! It won't get better without you making some changes. They may be hard now, but they'll be even harder later.
Leah

We always seemed to be a little bit short at the end of the month. It was nothing big, but we were adding $50-$100 to our credit card balance each month. Therefore, I decided to look for ways to make some extra cash. I've resold items I bought at garage sales, filled out survey forms, and even drove for Uber (but I wasn't all that comfortable having strangers in my car). I don't make a lot, but at least we now get to the end of the month without pulling out the plastic!
Lindy

I think about what I'm committing myself to before I buy anything. For instance, if I buy or lease a new car, I may be committing to payments. I'll also have to maintain and insure it. The same thing is true for many items. For instance, I love my deck, but it does commit me to coating it to prevent rot. Some things like cell phone contracts can be expensive to get out of. I think of all these things before I make any major purchase. Usually I'll still buy whatever it is, but at least I know what I've set myself up for in the long run.
Scott

I love to win things! I enter a lot of online giveaways. They're great, but sometimes there are so many people entering that it's hard to win. Therefore, I look for local giveaways to enter. One good place to look (or really listen) is your radio station. Many will have giveaways for tickets, services, or even cash! I don't know how many people enter, but it seems like I win a lot of the time. Since I can keep my radio on at work, I'm able to enter at least two or three each week!
Connie

Here is a tip I use to reduce the cost of potting soil for starting seeds or for hanging baskets. At the end of the season(s), home improvement stores often drastically reduce potted plants that are wilted/past their prime, etc. I have bought huge planters of large plants (even shrubs) for as little as 25 cents!

If I could save the plant, I tried to, but often they were too far gone. I took the plants home, removed the dead/ugly plant carefully, and shook off as much of the soil as I could back into the pot.

When I last needed potting soil, I spent under $2 and harvested top quality potting soil worth well over $25!
Tamara

Want to live better on the money you already make? Visit TheDollarStretcher.com to find hundreds of articles to help you stretch your day and your dollar! Copyright 2017 Dollar Stretcher, Inc. 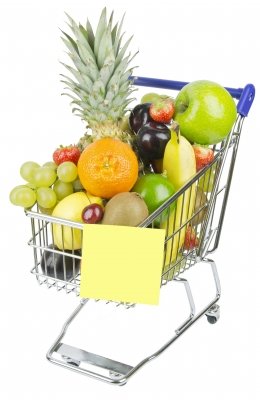 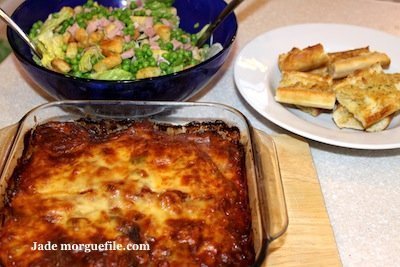